The four exhibitions I have written about this month focus on the everyday. Each artist starts with the familiar, transforming subjects that we think we know by showing us their own version of them. In these exhibitions, we find wonder in pavement debris, anxiety in stuffed animals and outright terror in tables and chairs. And outside of them, having been exposed to a new view on our quotidian surroundings, perhaps we will pay a little more attention to them. 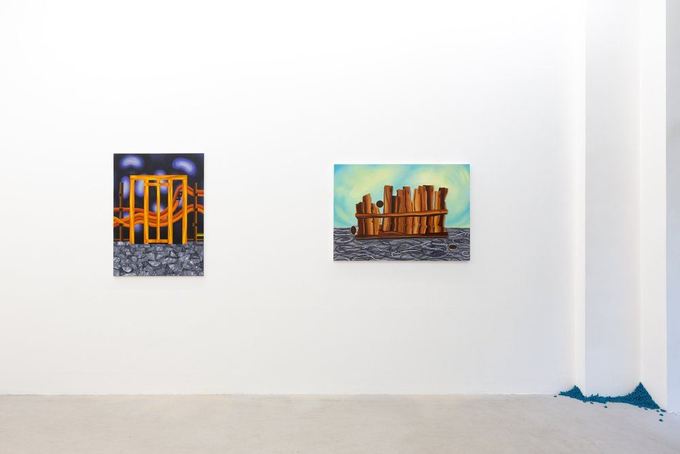 This is an exhibition about looking. The accompanying text is a poem by the two artists about “a space where your eyes get stuck” and in the corner of the gallery two screens playing a video work by Kavitha Balasingham are framed to look like blinking eyes. On the walls surrounding Balasingham’s more conceptual takes on looking (another of which is a many-eyed worm made of loose sand) are Shayna Fonseka’s psychedelic renderings of what her eyes get stuck to.

Often they are stuck to the ground, which features in various forms (cobbled, paved, gravel-covered) in all six of her paintings on show here. The objects on the ground, painted with crisp precision, range from just-about-intelligible shapes (a tangle of wires, a wooden fence) to completely abstract ones. The skies are filled with unexplained patterns of light and colour. Fonseka’s paintings, each of which is named after a song, bring wonder to the everyday. When we look at it through her eyes, via these works, pavement detritus is transformed into a fountain of profound aesthetic experiences. This transformation is the starting point for Balasingham and Fonseka’s world, one where “your wired eyes are stretching out, turning corners, hopelessly holding onto anything”. 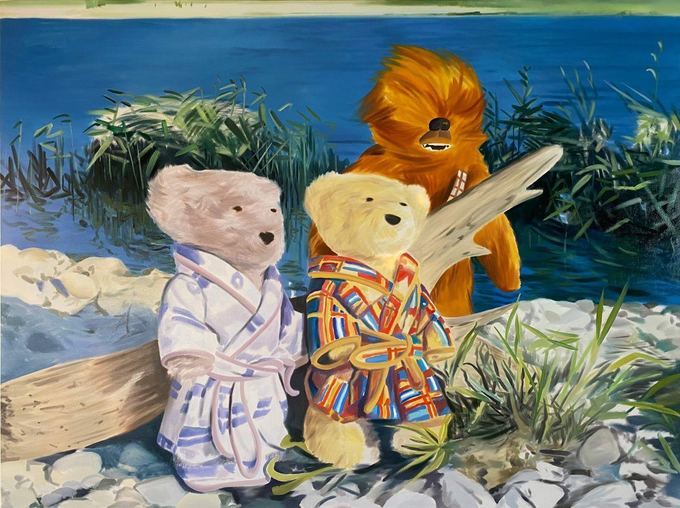 If Fonseka’s paintings are a mindful and considered look at the everyday, Ulala Imai’s are the opposite. Her 2021 solo exhibition at Lulu Museum was accompanied by a text that described her style as “rapid, self-assured, and delightfully abbreviated.” She paints with confidence and economy, representing her subjects faithfully without overstating them.

Those subjects – teddy bears, stuffed monkeys, liberally buttered slices of toast and platters of fruit – seem sweet and inviting at first glance. But there is something about Imai’s world that begins to feel creepy after a while. Perhaps it has to do with their unrelenting lightness: the fact that there are no shadows to hide in, no unsmiling faces. Or maybe it is because, of all of the faces she paints (as well as bears and monkeys, this exhibition includes renderings of Ronald McDonald, Snoopy, Woodstock and Chewbacca), none are living. The artist’s exhibition at Nonaka-Hill gallery last year was titled “AMAZING”, after a country invented by her daughter for a school project. I don’t imagine that one could live in AMAZING – surrounded by inanimate smiling faces and picture-perfect plates of food – for long before becoming unsettled. This exhibition, taking place a year later and featuring the same characters (perhaps set in the same imaginary country), is more wistfully titled. I wonder if, after another year in Imai’s world, reminiscence will give way to outright terror. 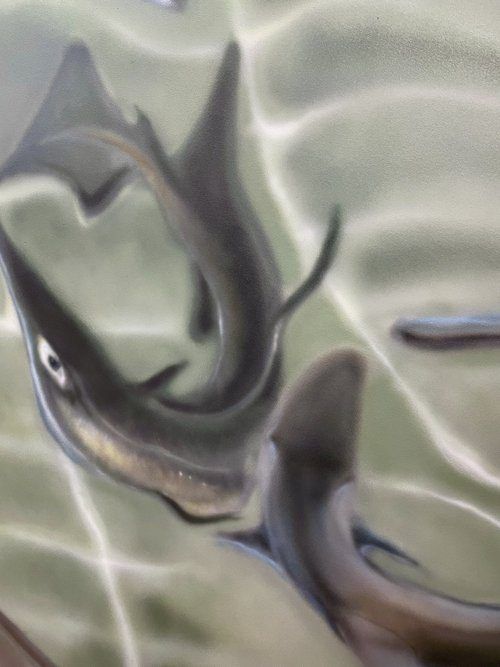 The uncanniness of Imai’s world could be something that only I am bringing to it, unapparent to the artist and to other viewers. In Jack Jubb’s paintings, it is an essential feature. In a recent interview with émergent magazine, he said “I’m quite fascinated by the uncanny. When something banal can suddenly make this shift, or mutate into something more susceptible to an entirely altered perception”.

These shifts from the familiar to the unexpected aren’t always frightening, in fact they can often be charming and funny. For example his paintings Dreamscape I and II, which featured in a group show at GUTS gallery earlier this year, feature what look like cat-shaped croissants. What brings real terror is the cumulative effect of such shifts. Jubb creates a rift between what we expect to see and what we do see, which robs us of the feeling that we can understand our surroundings. We are taken away from the comfortable and (apparently) predictable real world to a place where norms and expectations are subverted. But perhaps this effect is reversed for some; “for people who feel tormented,” the artist suggests, “there is a catharsis located there, in that rift.” 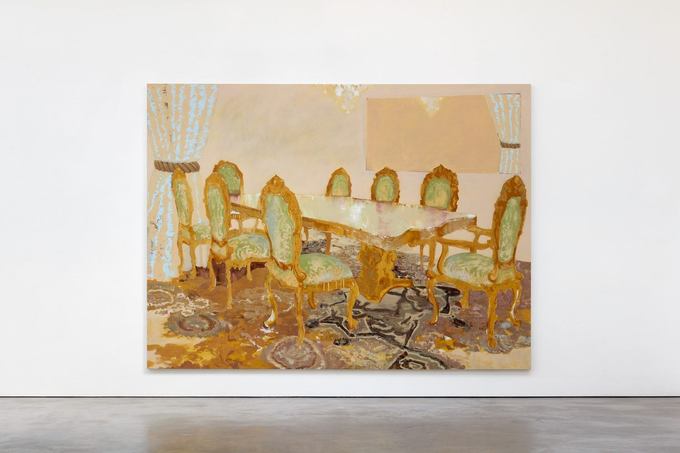 Respectively, the last three exhibitions we have seen have evoked wonder, unease and uncanniness. Our final stop is Mohammed Sami’s first exhibition with Modern Art, which brings a feeling of terror. Born and raised in Baghdad and having witnessed war first-hand, terror lurks in the everyday for Sami. I first came across his work in last year’s Mixing It Up: Painting Today exhibition at the Hayward Gallery. Here, normally innocuous objects such as plants and chairs were rendered as shadowy monsters. I felt like I was paranoid; his paintings filled me with dread but, when I looked for something to justify this feeling, I found nothing.

In this show the artist continues to summon, as the exhibition text puts it, “a sense of deep unease lurking below the surface without exposing it directly”. The artist plays up to his paintings’ seemingly unsubstantiated sense of trauma in their titles: I’m sure one painting is of a human body wrapped in a sheet, until I see that it is called The Statue. Elsewhere, a painting of what looks like a harmless dining table and chairs is titled The Execution Room. In a recent interview, he described his practice as articulating “memories hidden in the brain cells that are waiting for a trigger.” Looking at Sami’s work, we view the world through traumatised eyes, everyday objects and scenes becoming vessels for unwelcome memories and associations.